Since My son left for Boot Camp at Parris Island as a Marine Recruit, I’ve been thinking (always dangerous).  As a new Recruit He is being totally reprogrammed!   Not only into a United States Marine, but if He allows the training to sink deep, perhaps also into what a citizen of the Kingdom of God should look like.

Our society is a very self-centered one.  Especially these days with all the tech that feeds the beast of self-pride.  It has always been a battle for people to see beyond themselves, but the world of Facebook, Twitter, Instagram, and the messages media in general try to download into our on-board computers (brains), makes it ever more so.

Prior to leaving for boot camp my son was expressing a deep need to not be like others.  Those he sees as self absorbed. 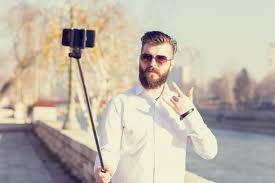 Yet, deceived, he was just as self absorbed as those he found himself judging. It’s hard to grow up today not being that way, with the aforementioned social sites and media, but also the I’m o.k., your o.k. mentality of child rearing these days.  Things such as participation medals kids receive just for being involved (not due to any actual excellence).

Self-absorption is a good trait not to desire, and a trait worthy of elimination.  The Marines are geared to do just that, remove self from the equation! They teach, the man next to you,  the squad, the platoon, the company, the Corps, the country, the family, and then eventually, finally, you.  They take an individual and teach him/her to think of them self last!  Take care of all those other things first, before turning to your own needs.  Just one more reason I could have used the Marine experience, back when I was my son’s age, instead of feeding my own self-absorption Monster!!!

Pride has always been the penultimate sin in my estimation, after all, “pride cometh before the fall”, right?  Or as Proverbs states…

“Pride goes before destruction, and a haughty spirit before a fall.” ~Proverbs 16:18

Upon entering Parris Island on a bus filled with recruits, all dressed, and groomed differently, the Recruits are met by the

Instructor and all exit the bus and stand exactly where all other members of the Marines have stood before, on the yellow footprints.

You can’t take this step on your own.  You are guided there. Guided by your recruiter, who tells you that this road is the narrow way, the smallest military branch.  The other branches are widely pursued, but the Marines are narrowly chosen. They have the longest basic training, which is revered as the toughest.  Just one more reason to be proud of my boy.  He’s doing something I couldn’t will myself to do, even though I thought often about doing just what he chose to do.

The Marines are, “the Few and the Proud!”, when my wife and I went with our son to see the recruiter, we found a young Marine Sgt., completely sold out for

The Marine’s, and his passion drew us in. Heck I was 49, sitting there listening with my son, and I wanted to join!

The recruiter provides the information on the Corps., for the prospective recruit, but also builds relationship with them.   A recruit doesn’t take this step of faith except for the preparation and guidance of those that proceeded, and their encouragement.  The Marine Recruiters sending them off and now the Drill Instructor meeting them as they arrive on the Parris Island bus have lead them to a moment of foreshadowing. The ‘yellow footprints‘, formed into a platoon on the asphalt! Where the old is shed and the new is born.  The pride of individual is shed for the good of others.  The platoon is born.  It is in a way, a Baptism.  It is a proclamation of death to self and life to the greater cause of Corps., Country, Family!

The start is never the picture of a Marine, no it is merely a recruit that is pictured,  The commitment, however is there.  They have proven themselves worthy of entrance into boot camp, to slowly proceed

through the learning program to the ultimate goal of USMC Marine.  It is a pealing away of the layers of self and a redressing of the person in less trendy service attire!  It is the buzzing of clippers through dread locks, curly, straight, gel styled, greasy, thin hair, to the shorn shiny bare skulled look, that cries out Military!  Tommy Hilfiger, Aeropostle, Levi’s etc., be gone!  Camo as far as the eye can see.  As they progress through training their camos will change in colors and style of wearing, allowing the observer to know the training (phase) maturity level of the recruit. Becoming a mature Marine takes some hardcore training.

The Whole Armor of God

“10 Finally, be strong in the Lord and in the strength of his might. 11 Put on the whole armor of God, that you may be able to stand against the schemes of the devil. 12 For we do not wrestle against flesh and blood, but against the rulers, against the auth 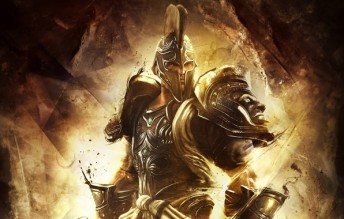 orities, against the cosmic powers over this present darkness, against the spiritual forces of evil in the heavenly places. 13 Therefore take up the whole armor of God, that you may be able to withstand in the evil day, and having done all, to stand firm. 14 Stand therefore, having fastened on the belt of truth, and having put on the breastplate of righteousness, 15 and, as shoes for your feet, having put on the readiness given by the gospel of peace. 16 In all circumstances take up the shield of faith, with which you can extinguish all the flaming darts of the evil one; 17 and take the helmet of salvation, and the sword of the Spirit, which is the word of God, 18 praying at all times in the Spirit, with all prayer and supplication. To that end keep alert with all perseverance, making supplication for all the saints,”

As Christians how many of us can say that like a Marine recruit we do the training necessary to overcome the battles that lay ahead.  Do we know the truth as a Marine knows his objective.  Are we keeping ourselves separate from the evil that surrounds us as the Marine surrounds himself with his brothers in arms and stays strong in physical training.  Do we put in the time training, in the Word of God, as a Marine does with his rifle, so that our understanding won’t fail us in times of need.  As a Marine cares for those of his unit, platoon, country and countless others pledged to his care, do we strive for each other, and those we don’t know  Do we trust in our faith walk with Christ the way a Marine has faith in his training, leaders, unit, to keep him safe from the attacks of the enemy.

The recruit is tested over and over again.  Confusion is reigned down upon them by their drill instructors to help them think through the chaos they will experience in battle.  There are defeats to be sure, but there is steady progress towards the final goal.  It takes twelve weeks of steady growth, just to

get the recruit ready for the final test prior to earning the right to be called United States Marine.  The Crucible!

As Christians, we are guaranteed by our Lord that there will be trouble.

“I have told you these things, so that in me you may have peace. In this world you will have trouble. But take heart! I have overcome the world.”~ John 16:33

Are we progressing in ways that will help us deal with the crucibles we will experience in our life!

For a Recruit in the Marine Corps, the Crucible is Fifty Four hours of intense struggle as a unit!  Relying on each other. Relying on their training.  Have they grown up enough as recruits to handle it.  If so when they march back to base, they receive the Eagle Globe and Anchor.  The symbol of Marines, The Few and The Proud.

In our faith as in Marine Recruit training, these moments of trouble and pressure are where we find out what it is we are made of.  Like a sponge, we will release, under pressure, what it is we have taken in. The recruits training, allows  the recruit, in the Crucible, to release the Marine within.  The Christian will release what of Christ has been soaked in, or the lack there of, in our personal battles.

For the new Marine, graduation comes next, but their training is not done, it never is. There is always something more to know about, strategy, weapons, communications, intelligence, new skills, specialties, the enemy.  There are experiences ahead to test the Marine now.

Battles to be fought,  losses to be counted, sorrow to overcome.  Marines may gain rank or stagnate, at lower ranks, but none the less, “once a Marine always a Marine”.

Our Christian citizenship in the Kingdom of Heaven is just like that isn’t it.  No one enters a full fledged, ‘know it all’, Christian and no one will ever leave this world that. We are justified by faith in Christ, and that alone.  Some will attain great knowledge and prestige as a believer, and others will grow little upon entering that kingdom.

Here I think is the key to knowing your standing in The Kingdom.  Is your faith in Christ genuine?  We as Christians don’t have a symbol we get to wear upon completion of a boot camp, like the Eagle, Globe and Anchor.  Physically we remain the same in appearance, The thing that sets us apart from others will be the change in our heart.  Paul tells us to test our faith.

“Examine yourselves, to see whether you are in the faith. Test yourselves. Or do you not realize this about yourselves, that Jesus Christ is in you?—unless indeed you fail to meet the test!”

Do you have the heart of Christ?  Are you softened to what Christ was softened to.  Do you long to share the love he shared?

The Marines have an Eagle, Globe, and Ancho

r. The Christian has a soft heart.

Debates will rage as to whether a Marine can lose title as a Marine or a Christian lose their salvation, through things such as; Dishonorable Discharge for a Marine, or sins committed/ lukewarm living, for a Christian.

I won’t debate that here, but I will say that the preparation of the Marine at Parris Island is a great example the Christians should emulate spiritually.  For, just as the crucible at Parris Island tests the metal of the Marine, the crucible of the refiner’s fire, is the place that a Christian’s heart is melted to the things of God.  Those hearts, once softened, are the Christian’s Eagle Globe and Anchor and mark our true membership into the Kingdom of God.

Ponder this next time you see a United States Marine:

Am I wearing my Eagle, Globe and Anchor for Christ as proudly as that Marine wears his for the Corps?